The leaf tying Moth was found to be a voracious feeder on the Cat’s Claw Creeper Vine (CCV) in the rearing facilities and was released in some areas in 2007. Until recent years it was assumed to be an unsuccessful release as it was believed the moth did not survive the winters.

Ross Smith and Bill Wilkinson from the Greater Mary Association 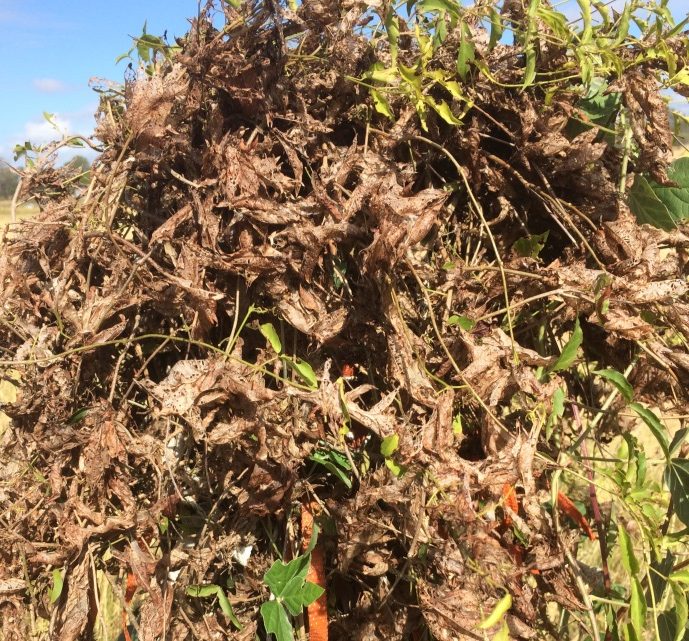 (GMA) have been releasing CCV bio controls in the Munna Creek catchment area for a few years.  During inspections of the Jewel Beetle and Tingid releases in the Munna Creek area in May 2015 some leaves “tied” or webbed together were observed in CCV and they turned out to be the work of the leaf tying moths’ larvae.  (See image at right – courtesy of James Hansen)

Three infestations have been found, two on Eel Creek and one on Munna Creek in the Boompa area. Biosecurity QLD is aware of infestations in the area but the GMA volunteers have been unable to determine if any are the same as the ones already found.

A fact sheet has been prepared to help land managers identify damage caused by the leaf tying moth. Click on the link to download a copy of the Fact sheet for more information, or contact Ross at the Greater Mary Association on 0429 624 600 or email rpsmith45@gmail.com.