2019 Spring in the Mary Photo Competition – the Winners!

The Spring in the Mary photo competition attracted over a hundred entries this year, with the winners being announced at the recent Mary River Festival.

The fourth year of the Spring in the Mary competition was well supported by a range of sponsors, and the

Judges commented on the overall quality of this year’s entries, saying that the Wildlife section was far and away the most hotly contested.

Ollie Scully also took out the Wildlife category (sponsored by Gympie Landcare) for his engaging shot of an orange-eyed tree frog.

The Junior section, sponsored by HQ Plantations, was won by Sarala Scott for the second year in a row, with Joshua de Blois runner up.

All entries were on display at the Mary River Festival and the final award, the People’s Choice, sponsored by Gympie & District Landcare Group, was based on votes received on the day. Whilst competition was close, Elinor Eaton’s entry “Staring Contest Champion”, an engaging study of a flying fox, seemed to win festival goers hearts as she took out the prize. 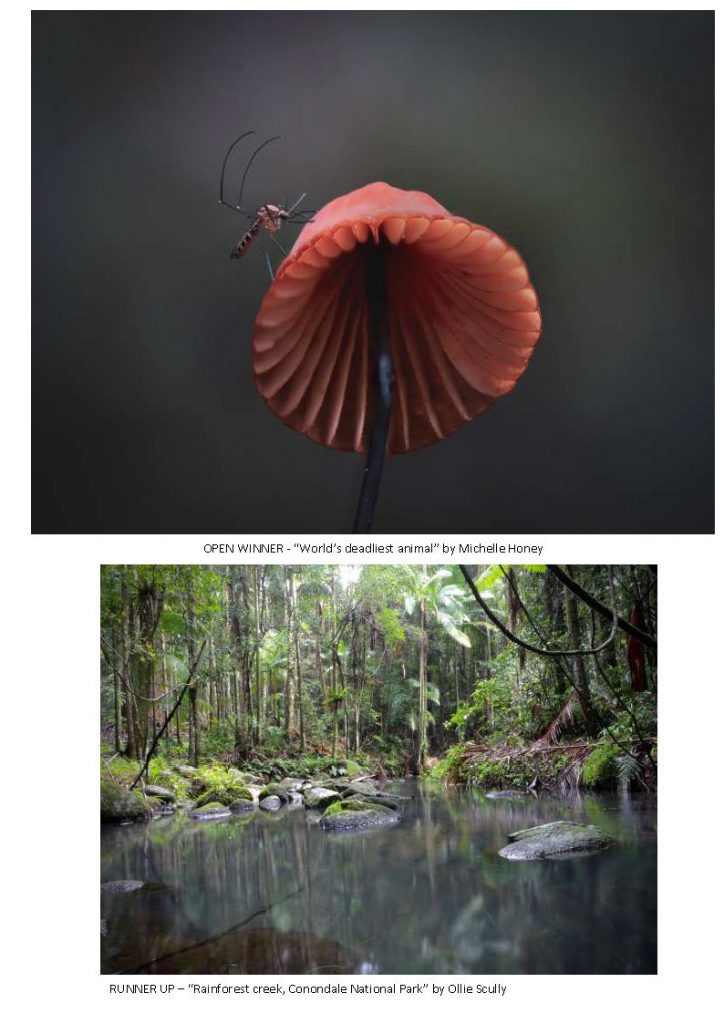 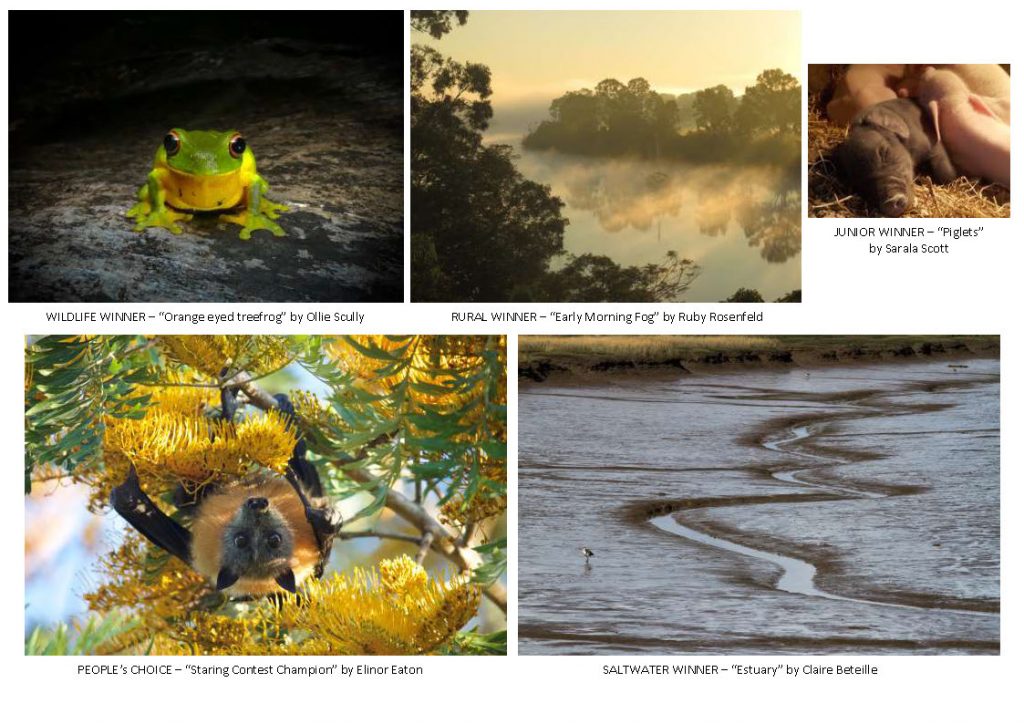