The aim of the Mary River Catchment Coordinating Committee (MRCCC) is to promote within the community and through interested sectors, a common view of a sustainable and productive catchment. Key roles which promote the MRCCC’s nonregulatory and cooperative approach in achieving this aim have been determined. These roles are Education and Awareness, Planning (assisting Local Government) and assisting interest-sectors to adopt Best Management Practices.The Mary River Catchment is one of the most diverse catchments in Queensland. It covers 9595 km2 from Maleny to Fraser Island and contains a population of over 200,000 people, both on the land and in urban areas and rural subdivisions. Economic activities in the Mary River Catchment range from dairying, beef, forestry, fishing, horticulture, mining, sugar, farm forestry, tourism, sand and gravel extraction, small industry and cottage arts and craft. The Mary River itself is 310 km long and water quality varies from fresh through to saline in the estuarine areas where the river flows into the RAMSAR listed wetlands of the Great Sandy Strait, home to Dugongs, migrating whales and migratory birds. This complex catchment is subject to high intensity cyclonic rainfall on very steep slopes and is experiencing major changes in land use, increased competition for resources, and rapid population growth (being adjacent to the Sunshine Coast and Hervey Bay).

Back in the early 90’s the Mary River was described as one of the most degraded river systems on the east coast of Australia.  Since European settlement in the 1800’s, the river system was subjected to immense pressure from a range of factors including land clearing, industrialization, sand and gravel extraction and increasing urban and rural water supply.  As well as towns along the river drawing water for urban use, water is also transported to the coast to service an ever-growing population.

Back in the early 1990’s, the Mary River cod, a federally listed endangered species, was seen as the canary in the coal mine, when it’s numbers dropped to such low levels due to loss of habitat and over fishing that there was concern that if something wasn’t done, this iconic fish and top order predator of the Mary River system would become extinct in our lifetime.

So a pioneering group of community and industry leaders led by well known Gympie local Guenter Kath, had an idea that they could tackle the issues facing the river system on a “whole of catchment” basis, involving all those who had a “stake” in the river system, which included government at all levels and the wider community.  Three community meetings in the catchment led to the establishment of a Committee with representatives of government, industry, farmers, landcare and community organisations.  The Committee began the task of working out a way forward by developing a Catchment Strategy that included actions aimed at improving the health of the catchment.

The MRCCC provides technical advice and in some cases modest financial incentives to rural land managers to help them undertake actions that improve water quality and aquatic biodiversity,  and improve their productivity and sustainability.  Fencing off creeks and riverbanks from stock, installing off-stream watering points, removing weeds and revegetating with local native species are key projects for the MRCCC and landholders we assist.

In recent years the Mary Catchment has been recognised as the southern-most catchment which impacts upon the Great Barrier Reef.  As a result, the MRCCC receives some funding from Federal Government Reef Programs which enables this work with landholders to be carried out.  We also currently receive funding from the state Department of Environment and Science, Seqwater and the Sunshine Coast, Gympie, Noosa and Fraser Coast Councils.  These funds contribute to water quality improvement projects, the community Waterwatch networks and smaller projects like our successful Find a Frog in February project.

Back in 2005 the MRCCC established a tax deductible Public Fund which raised funding for a permanent home for the MRCCC and staff at 25 Stewart Terrace, Gympie.  During business hours, The MRCCC offers an information service and a basic water testing facility for dam, bore or creek water. The Public Fund is also used to support research and a range of other projects in the Mary River Catchment.

“It’s not the biggest, it’s not the longest, but I reckon it’s one of the most important rivers in Australia…………” 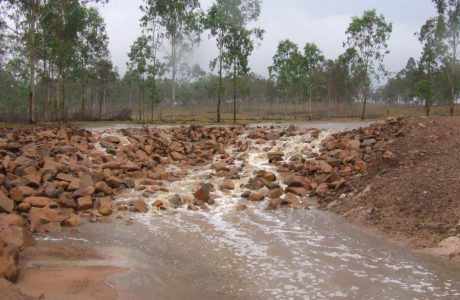 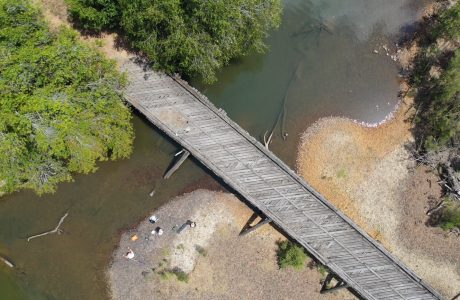 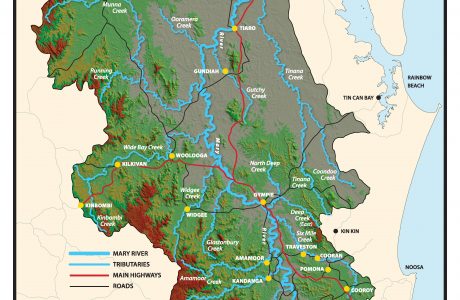 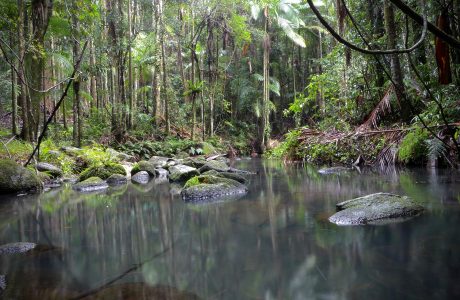 2019 Spring in the Mary Photo Competition – the Winners!