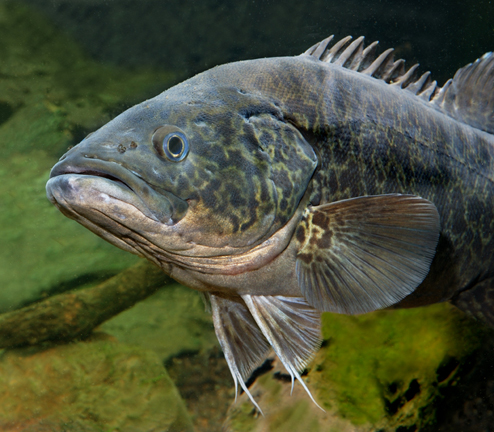 Comments: endangered fish.  Declines in population due to loss of riparian vegetation, de-snagging of waterways and overfishing.

The Mary River Cod (Maccullochella mariensis) is an iconic species with a restricted distribution which is highly sought after as a recreational target species.  Cod are listed as endangered under the EPBC Act largely due to habitat degradation and threats from overfishing.

A key recovery action for Cod is the hatchery production and restocking of genetically diverse fingerlings across their natural distribution, and for the creation of recreational fisheries to take pressure off natural Mary River stocks which are a no-take species in the Mary River Catchment.

Download a copy of the Mary River cod brochure here.

Access the Mary River cod “Respected and Protected” video by clicking on this link.

The aim of the Gerry Cook Fish Hatchery’s Mary River cod breeding and restocking program is to re-establish self-sustaining populations of Cod within its historical range throughout the Mary River catchment and other river systems in south east Queensland.  The program also aims to mitigate the threat of recreational fishing to Cod recovery through provision of Cod fingerlings to Recreational Fishing Stocking Groups for water storage impoundments.

From February 2019 the Hatchery will be closed as Seqwater commences the Lake Macdonald Dam Improvement Program (DIP).  The MRCCC is currently negotiating with Seqwater to establish a scaled down version of the breeding program in another location close to the Lake during the period of the DIP.